Congratulations to Chris for having his dark matter search featured in Physical Review Letters as an Editor’s Suggestion.

On March 30, Chris defended his thesis. He was accompanied by enthusiastic friends and family. On the other side of the shirt it says “Oh Neutrino He Didn’t”. Well, yes he did. Chris will take a position with the Broad Institute, doing data science studies of genomes. So he may be responsible for curing cancer or the zombie apocalypse- time will tell! 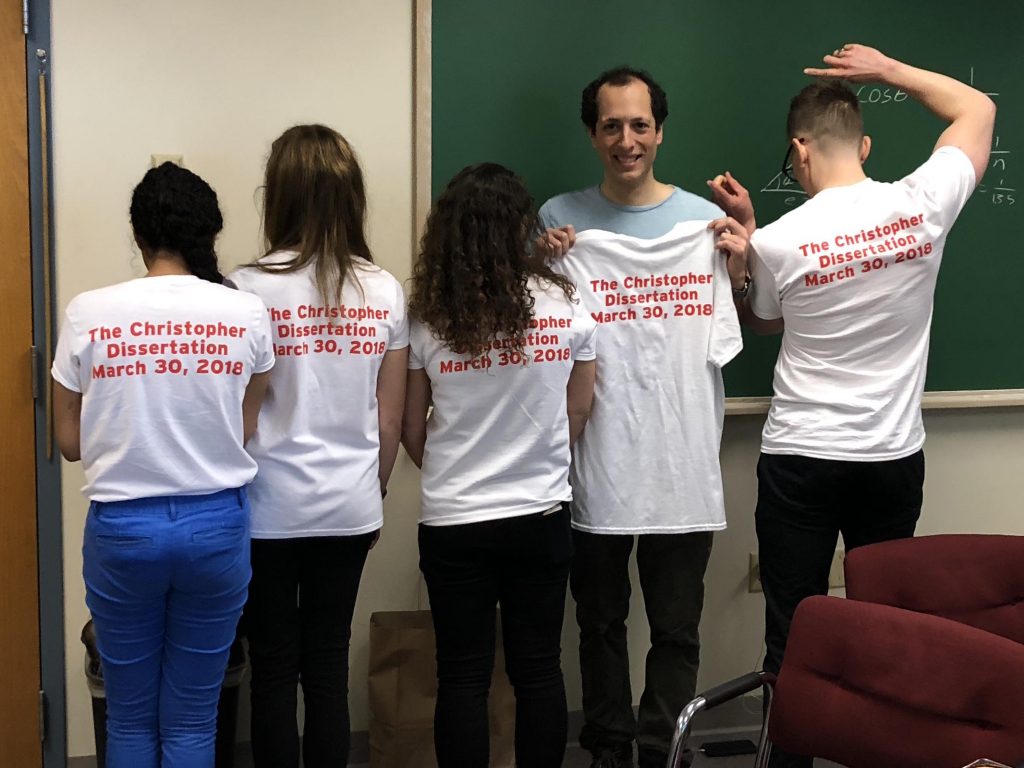 And as a reminder of Chris’ graduate research trajectory, here is a picture of him assembling PMTs for the MiniCLEAN detector, more than a mile underground at SNOLab in Sudbury, Canada. (circa 2013). 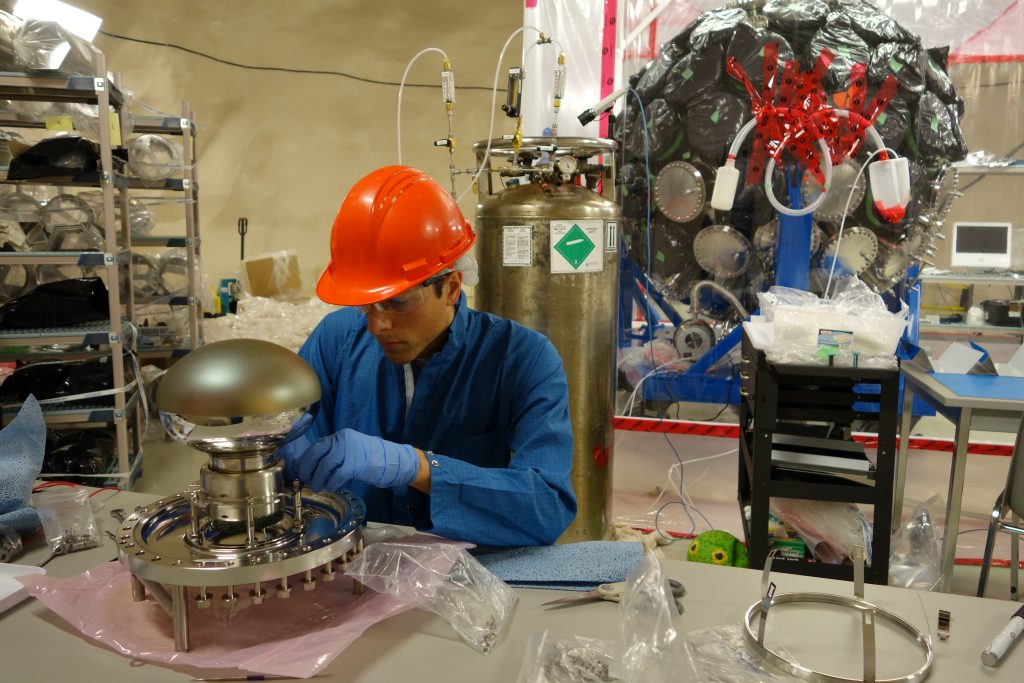 Posted in Uncategorized | Comments Off on Dr. Kachulis graduates, paper highlighted in PRL

During the summer of 2017 we completed testing of an FPGA based TDC married to a board carrying the QBEE custom ASIC. Here is our final meeting and a picture of the setup. Jin-Yuan Wu, Y. Hayato, Ed K., Angie Chen, Dan Smith, Sara Sussman, Y. Kataoka. 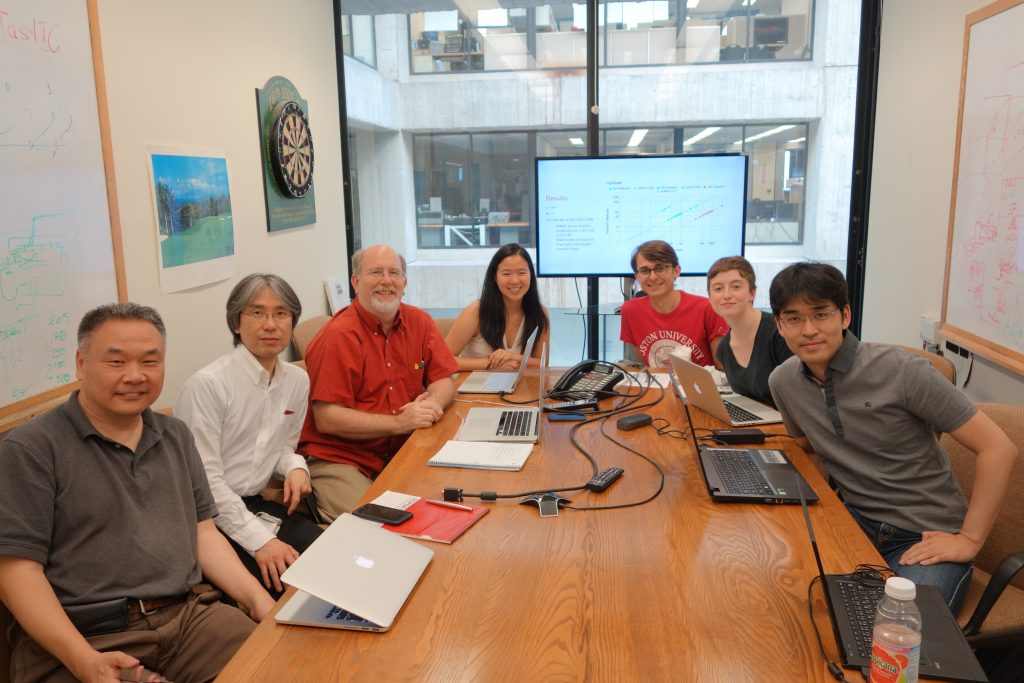 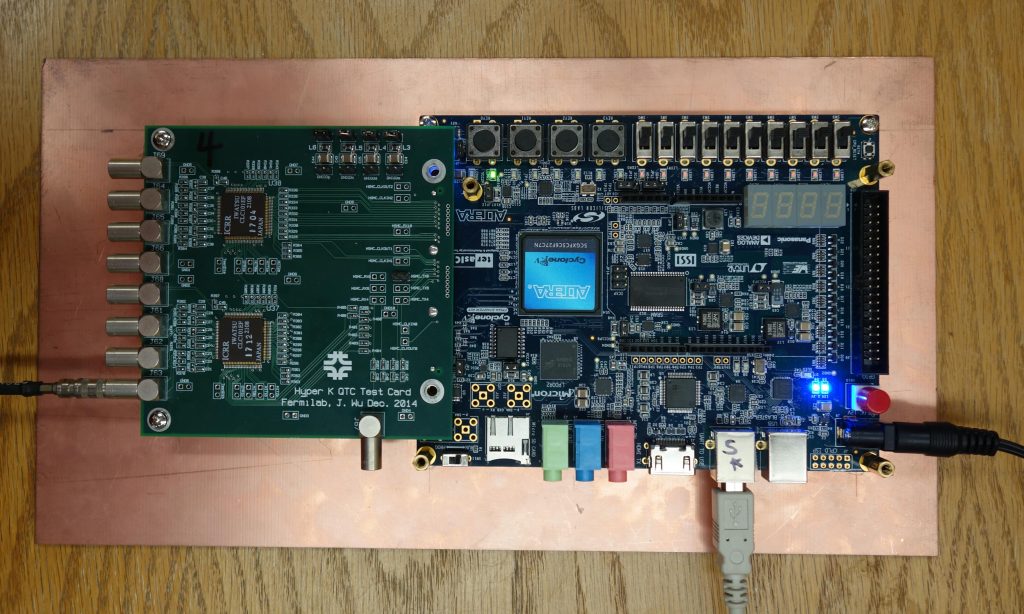 Posted in Uncategorized | Comments Off on Hyper-K Electronics Team 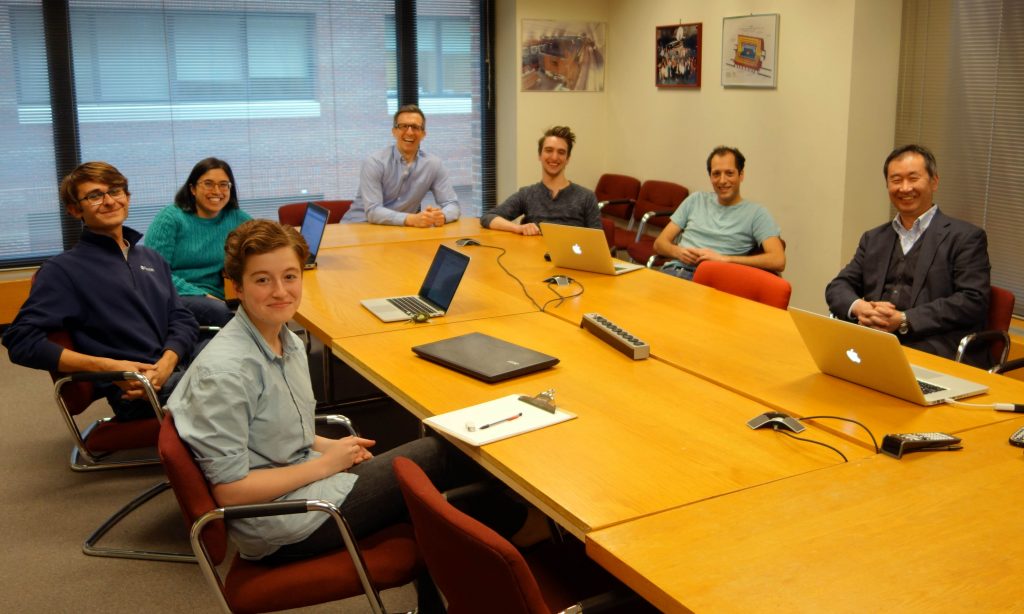 Posted in Uncategorized | Comments Off on Special group meeting guest

Scenes from the Super-K 20th Anniversary 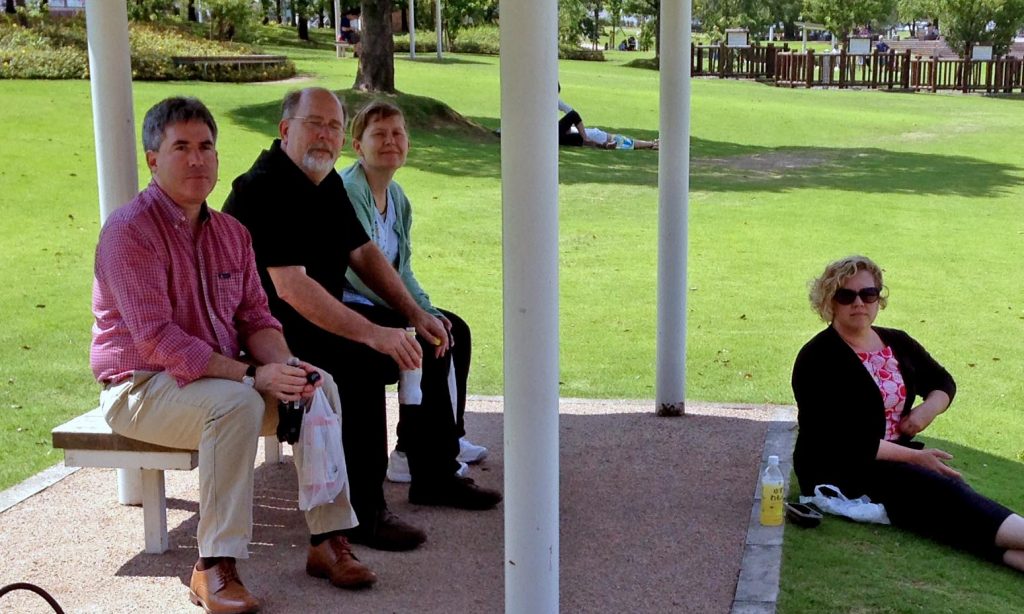 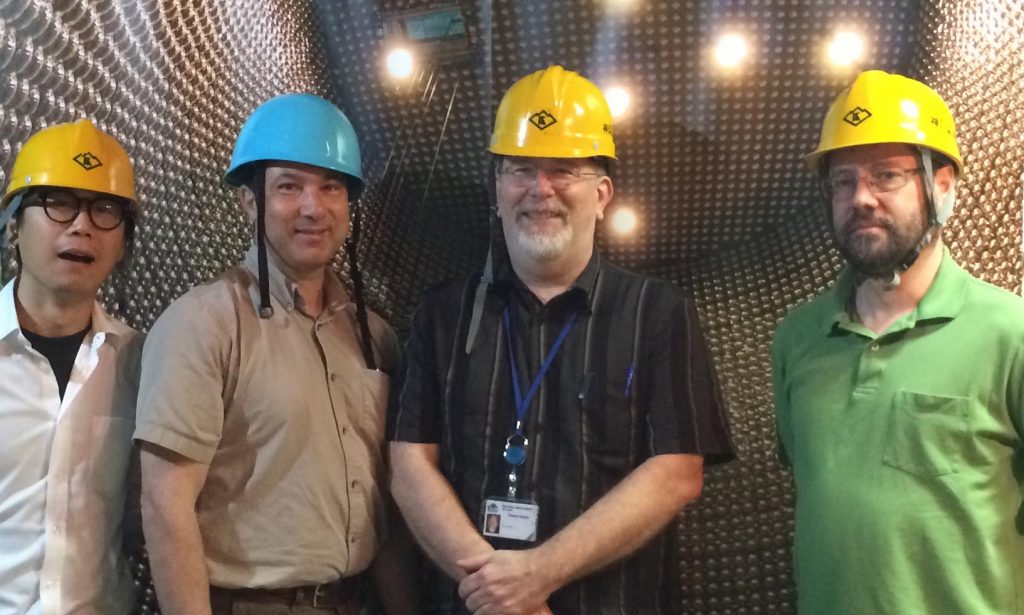 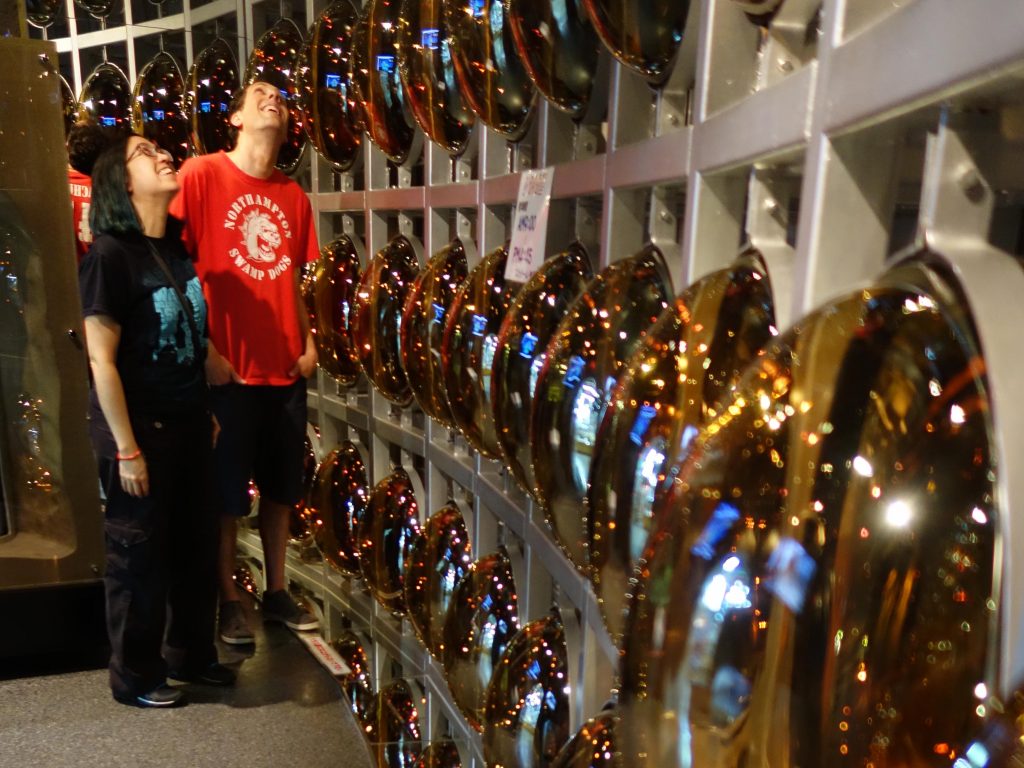 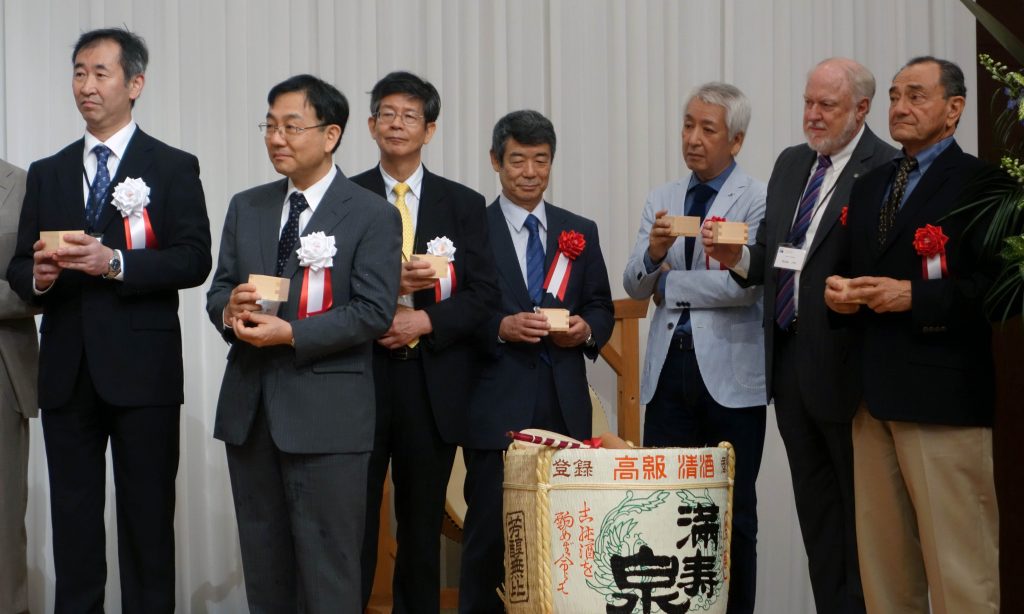 The anticupcake was annihilated by eating, not by interaction with another cupcake. 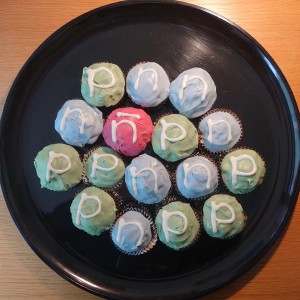 Posted in Uncategorized | Comments Off on Congratulations to Dr. Gustafson

Just before the Nobel Ceremony 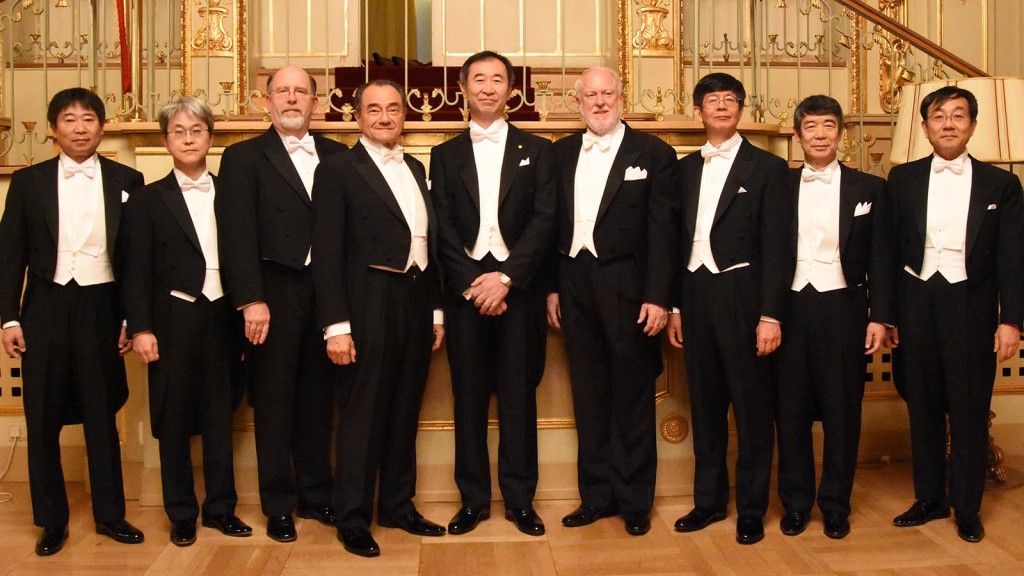 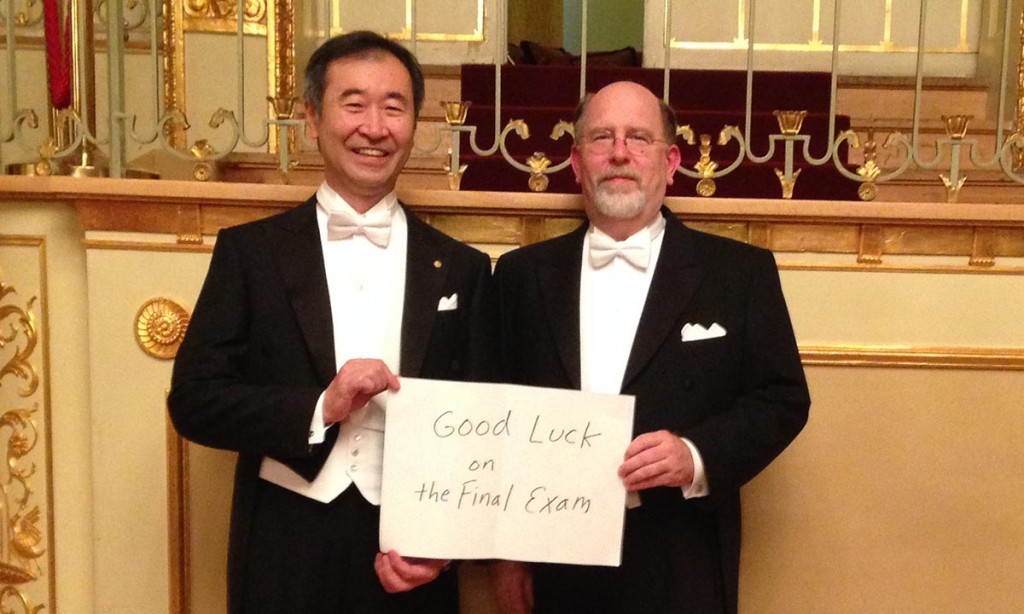 Posted in Uncategorized | Comments Off on Just before the Nobel Ceremony

Breakthrough Prize for Super-K and T2K

Super-K, K2K and T2K (the latter two combined) were recognized along with Daya Bay, KamLAND and SNO by the Breakthrough Prize Foundation, a relatively new award.  The awarded for Super-K  was received by Kajita and Suzuki, with authors of the 1998 and 2001 atmospheric neutrino and solar neutrino papers being named as co-laureates. The K2K/T2K award was received by Nishikawa and likewise, numerous authors of key papers were named as co-laureates. 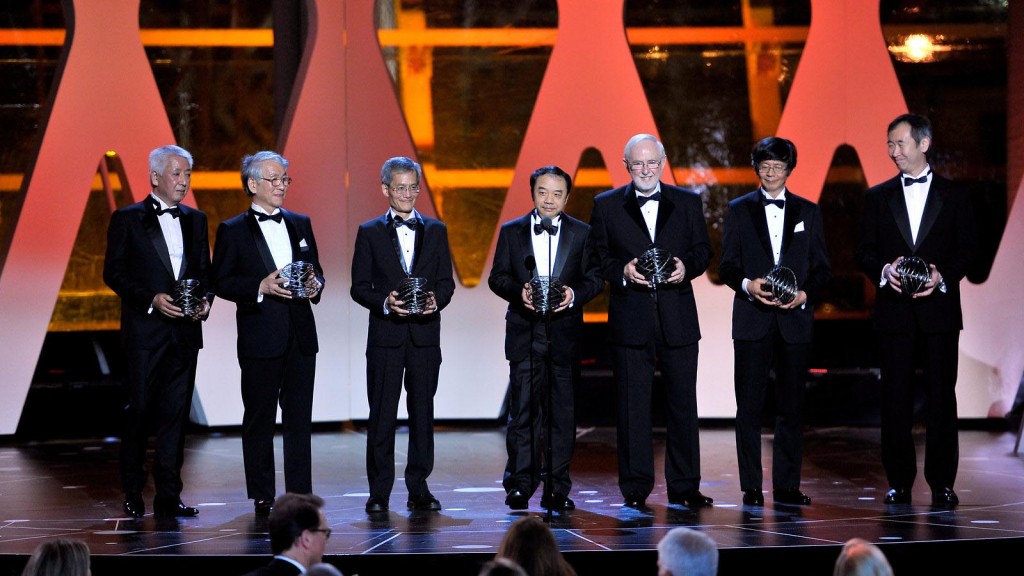 Here are some links to some news articles and editorials:
Scientific American
New York Times
Nature

Dinner with the future laureate 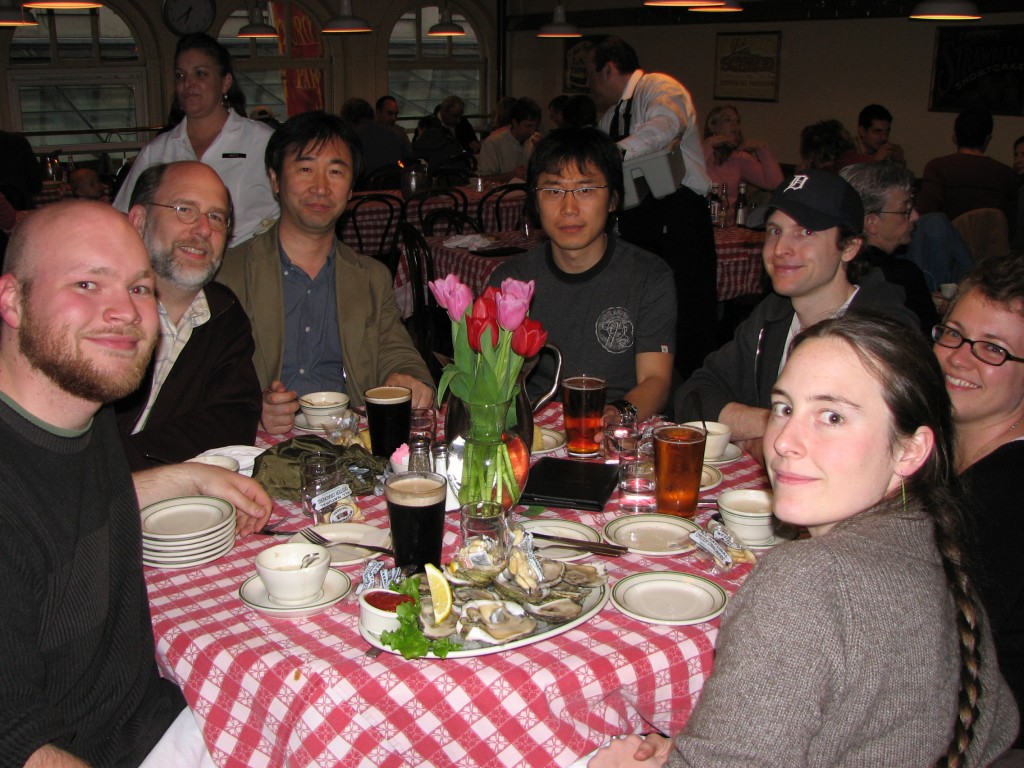 Posted in Uncategorized | Comments Off on Dinner with the future laureate

The discovery of neutrino mass and neutrino oscillation has finally been recognized by the Physics Nobel Prize! The 2015 prize goes to Takaaki Kajita from Super-K and Art McDonald from SNO, recognizing our studies of atmospheric neutrinos and solar neutrinos as the key to recognizing that neutrinos change from one flavor into another and that neutrinos have mass. 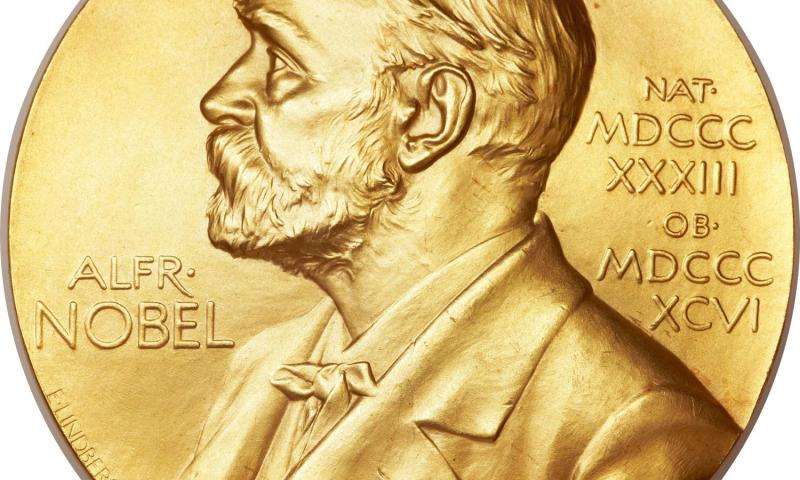 Jeff Gustafson’s search for dinucleon decay into pions was published and listed as an Editor’s Suggestion by Physical Review D. His search in three modes was negative but set new lifetime limits more than two orders of magnitude more restrictive than those of previous searches. http://journals.aps.org/prd/abstract/10.1103/PhysRevD.91.072009

Posted in Uncategorized | Comments Off on Dinucleon decay into pions published and highlighted.