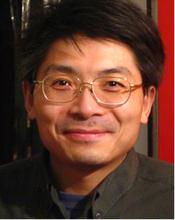 Prof. Yao received his PhD in Physics from Boston University in 2007. Then he worked as a postdoctoral associate at Purdue University till 2009. After that, he moved to University of Tennessee and Oak Ridge National Lab as a postdoctoral associate from September to December in 2009. At the end of 2009, he became a full professor at Sun Yat-sen University, which is located in Guangzhou, a beautiful city in South China. The University is one of top 10 universities in China. Besides the School of Physics and Engineering, Prof. Yao is also a member in the State Key Laboratory of Optoelectronic Materials and Technologies. Recently, he has been appointed as an Assistant Dean in the school. He has done some pioneered work in condensed matter theory, computational physics, materials science, etc. In 2012, he was selected as a member of editorial board for the journal of Frontiers of Physics.