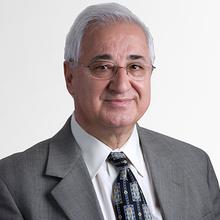 My research looks into growth by MBE, MOCVD, HVPE and Gas-cluster Ion beam deposition (GCIB). My lab, the Wide Bandgap Semiconductor Laboratory, has had an esteemed history of innovation. It originally focused on the growth of III-nitrides and the study of its fundamental properties. Many significant discoveries have been made about the basic properties and growth control of III-nitrides. Since its conception, the lab has expanded to include an Eiko MBE, two custom-built hydride vapor phase epitaxy systems (one horizontal and one vertical), a sputter deposition system, an electron beam evaporator, and an inductively coupled plasma reactive ion etching (ICP-RIE) system. More recently, the lab's focus has shifted to the development of III-nitride optoelectronic devices, particularly LEDs and lasers.