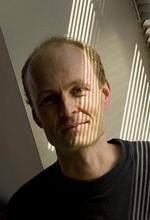 I am interested in understanding the fundamental laws of physics. Both particle physics and cosmology have recently celebrated the experimental confirmation of their respective "standard models". Currently, I am constructing new models which implement various theories about new particles with the goal of finding a simpler model. In addition, I maintain an interest in anomalies in data from the LHC or elsewhere. As for my research in cosmology, measurements of the CMB, BAO, LSS, and H0 have established LambdaCDM as the Standard Model of cosmology. However, there are some recent inconsistencies in these readings. Marques-Tavares, Buen-Abad, Lesgourgues and I proposed a new model for dark matter and dark radiation. We are currently checking the consistency of our model with other cosmological data.

Many of the questions of current theoretical interest are beyond the energy reach of existing accelerators. However, extremely high energies were once realized in the largest natural particle accelerator, the Big Bang. Shortly after the Big Bang, the universe was composed of a hot plasma of elementary particles. The nature of this plasma, which depends on the properties of the constituent elementary particles, determined the subsequent evolution of the universe. By observing the universe today, we can obtain information about its state shortly after the Big Bang and obtain information about the interactions of these particles at high energy. Several cosmological problems are presently being considered, among them: Is there a consistent inflationary model of the early universe? What is the nature of "dark matter" and what role does it play in the development of large-scale structure? What mechanism produced the baryon excess in the universe?