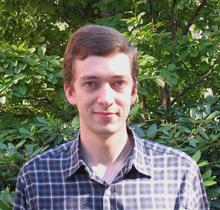 Many phenomena are complex and unintuitive. I study them through the lens of simple mathematical models that capture only the most essential aspects of the problem, but still make good quantitative predictions. My work focuses on questions in biology and physics related to population dynamics. One area of my research is ecology and evolution of interacting species ranging from a two-species population of cooperators and defectors to multi-species microbial communities comprising the human microbiome. I also work on evolutionary dynamics of cancer progression and adaptation in populations undergoing a geographic expansion. Other research interests include switching between alternative states of an ecosystem and fundamental questions in evolution like the role of horizontal gene transfer, epigenetics, and genetic architecture. This type of work often draws on the ideas and methods from statistical physics and stochastic processes, and involves both analytical and computational analysis.

“Tug-of-war between driver and passenger mutations in cancer and other adaptive processes, Christopher D. McFarland, Leonid A. Mirny, and Kirill S. Korolev, PNAS 111, 15138 (2014).

For a full list of Publications, please see the attached CV.

I joined BU faculty in July of 2013 after spending three years at MIT as a Pappalardo Postdoctoral Fellow, in the Department of Physics, where I collaborated with the labs of Jeff Gore and Leonid Mirny. Before coming to MIT, I was a physics graduate student at Harvard University with David Nelson.