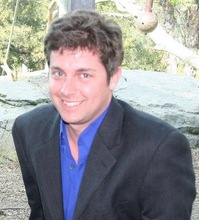 My group focuses on the ATLAS Experiment at CERN. The ATLAS experiment is a large detector system developed by a collaboration of physicists from around the world to study very-high-energy proton-proton interactions. This experiment probes the origins of electroweak symmetry breaking and the particles associated with new physics. These discoveries will improve our understanding of the fundamental particles and their interactions, and also of the nature of the early universe.

"Measurement of the production cross-section of a single top quark in association with a Z boson in proton-proton collisions at 13 TeV with the ATLAS detector" , arXiV:1710.03659

"Observation of a new particle in the search for the Standard Model Higgs boson with the ATLAS detector at the LHC", The ATLAS Collaboration, Phys. Lett. B 716 (2012)

"Evidence for the Higgs-boson Yukawa coupling to tau leptons with the ATLAS detector", The ATLAS Collaboration, JHEP (2015) 117

"Search for pair and single production of new heavy quarks that decay to a Z boson and a third-generation quark in pp collisions at sqrt(s)=8 TeV with the ATLAS detector", The ATLAS Collaboration, JHEP 11 (2014) 104

Kevin Black received his Ph.D. in experimental high energy physics from Boston University in 2005. His work there focused on a measurement of the top quark mass and development of the D0 trigger system. His post-doctoral research at Harvard University focused on direct searches for new phenomena at the ATLAS experiment at the CERN Large Hadron Collider. He has also extensively worked on the software to reconstruct events with the large and complex ATLAS detector. He is an author of numerous publications in refereed journals and is actively involved in the extraction of first physics results from ATLAS using early LHC data.