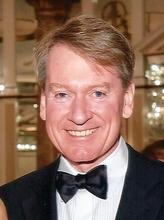 My lab, the Novel Materials Laboratory, focuses on synchrotron-radiation based x-ray spectroscopic studies of the electronic structure of materials. Systems of fundamental scientific and technological interest are investigated, with definitive measurements made of their surface, bulk, interface, and nano-scale electronic properties. Among the spectroscopies used are angle resolved photoemission, soft x-ray emission, resonant inelastic x-ray scattering, and x-ray absorption.

Kevin Smith is a Professor of Physics and Professor of Chemistry at Boston University. He received a B.A. in Physics from Trinity College Dublin, and a Ph.D. in Applied Physics from Yale University. He then spent three years as a postdoctoral research associate with the University of Oregon. He was based full time at the National Synchrotron Light Source, Brookhaven National Laboratory for two of those three years. He then joined the Department of Physics at Boston University. His research program focuses on the soft x-ray spectroscopic study of the surface and bulk electronic structure of novel materials. The primary techniques used in his research are soft x-ray emission spectroscopy, resonant inelastic soft x-ray scattering, and photoemission spectroscopy. All of his research is undertaken at synchrotron radiation facilities, primarily the National Synchrotron Light Source and the Advanced Light Source. The material systems presently under investigation include correlated and low dimensional solids, thin film organic semiconductors, transparent conducting oxides, and thin film rare-earth nitrides. He has co-authored over 145 publications and has delivered 140 invited talks. Aside from his research accomplishments, Kevin Smith is a prize winning teacher, having been awarded the Boston University Metcalf Cup and Prize for Excellence in Teaching in 1999, and was named the Massachusetts Professor of the Year by the Carnegie Foundation for the Advancement of Teaching in 2001.

The goal of this research program is to understand experimentally how electronic structure determines the optical, electrical, magnetic, structural, and chemical properties of new and unusual materials. A powerful array of electron and photon spectroscopic probes is used to measure electronic structure. Some of these probes are well established, while the development of others is an exciting and important component of our research efforts. This is an ambitious interdisciplinary program that combines elements of physics, chemistry, and materials science, and addresses issues of fundamental scientific and technical importance.

Currently, five distinct classes of materials are under investigation: low-dimensional and correlated solids, organic metals and semiconductors, III-N nitride semiconductors, transparent conducting oxides, and rare-earth nitrides. Each of these independently funded projects is described below.

1. Many Body Physics in Low- Dimensional and Correlated Solids

Correlated and low dimensional solids present important challenges to modern solid-state physics. While our knowledge of the origin the physical properties of many simple solids is both comprehensive and sophisticated, this is not the case in low dimensional and correlated solids. From quasi-low dimensional conductors, through magnetoresistive oxides, to high temperature superconductors, there exists a plethora of physical phenomena displayed by these materials that remain poorly understood. Transition metal oxide bronzes are inorganic quasi-low dimensional correlated solids that are ideal prototypical systems for spectroscopic studies, due to the large size and high quality of available crystals. Among the unusual properties of these oxides are low-dimensional electron transport, metal-insulator and metal-metal transitions, periodic lattice distortions and charge-density-wave transport. Many of these phenomena are related to the coupling between vibrational modes of the lattice with the electrons at the Fermi level. Of particular importance in this coupling is the structure of the Fermi surface itself. Despite its fundamental role, the structure of the Fermi surface in low-dimensional systems is generally undetermined. Our research program addresses numerous aspects of the physical nature of these oxides and combines the information on each topic into a coherent model for their low dimensional properties. We measure quasi-low-dimensional Fermi surfaces, metal d-band dispersion, spatial localization and hybridization of the d-electrons, bonding interactions at different sites in the lattice, the creation of energy gaps at the Fermi level, and the formation and structure of point and extended defects.

Organic electronic materials are of interest due to both the technological promise of carbon-based devices and to the scientific challenge posed by these materials to our understanding of basic physical processes in complex solids. Despite the importance of semiconducting organic materials, there have been few studies of their valence band electronic structure using modern synchrotron radiation-based spectroscopic methods. In part this is due to the difficulty in preparing clean samples for study, but also due to the severe x-ray radiation beam damage suffered by these materials. We are undertaking a comprehensive synchrotron radiation-based soft x-ray spectroscopic study of a variety of thin film organic electronic materials, including semiconductors, metals, and molecular magnets. The organic films are grown in-situ, with proper attention paid to minimizing beam damage effects. The films are grown in a custom built organic molecular beam epitaxy chamber attached to the spectrometer chamber at a soft x-ray undulator beamline at the National Synchrotron Light Source. Information is obtained on the element and site specific valence band partial density of states, band dispersions, chemical state, and orbital bonding in the films. Our work on novel organic metals is undertaken in collaboration with Professor Linda Doerrer in the BU Department of Chemistry, whose group synthesizes the materials.

Our third area of research concerns the surface and interface properties of nitride semiconductors. GaN and related III-V nitrides (InN, AlN) are candidates for use in high-temperature microelectronic devices and used in blue wavelength light-emitting diodes and lasers. Despite success in the growth and application of these materials, the basic physics underlying the intentional doping of the films, the nature of defects, and the formation of metal overlayers remains to be determined. All of these problems are related directly to the detailed electronic structure of the nitrides, and yet this structure has not been extensively measured. The development of these nitrides as electronic materials requires that their defect and dopant electronic structure be fully understood. In collaboration with Prof. Ted Moustakas from the BU College of Engineering, we undertake a comprehensive determination of the detailed electronic structure of thin film refractory nitrides. Specifically, the electronic structure of defects and dopants in these nitrides is being studied, as well as the electronic structure of the interface between the films and their substrates, and between the films and metal overlayers. Furthermore, the chemical reactivity of the films (in particular, when defective or doped) is being investigated in order to understand the nature of adhesion of these nitrides to both substrates and overlayers, and to understand the chemical stability of the films at elevated temperatures or in model corrosive environments.

Transparent conducting oxides (TCOs) play a crucial role in thin film solar cells. Central to the operation of such cells is the ability to have solar radiation penetrate the cell and be absorbed, with the light efficiently converted to an electrical current that can be extracted. To accomplish this in thin film solar cells, the outer body of the cell needs to be optically transparent yet electrically conducting. TCOs are the enabling technology in this regard. There is an inherent competition between optical transparency and electrical conductivity, and great efforts are being expended to achieve low resistivity TCOs that can be doped reproducibly both n-type or p-type. Since the interest in TCOs lies in their electronic properties, a comprehensive study of their electronic structure is of vital importance in understanding the properties of these materials, improving their synthesis, and discovering new TCOs. We are measuring the detailed surface and bulk electronic structure of novel TCOs using our set of complimentary synchrotron radiation-based soft x-ray spectroscopies. The TCOs are synthesized by Professor Russ Egdell, from the Department of Chemistry, Oxford University. Our measurements hold the promise of significant impact in the area of TCOs for use in solar energy conversion.

The rare-earth nitrides form a closely related family of magnetic semiconducting or semimetallic materials, exhibiting interesting properties because of the strongly correlated 4f electrons. We use our array of spectroscopic techniques to measure the electronic structure of rare-earth nitride thin films grown in-situ, as well as films capped with suitable protective layers grown by our collaborators in New Zealand: Professors Joe Trodahl and Ben Ruck from Victoria University. The spectroscopies provide unique and complementary information on the energy position, splitting and degree of hybridisation with other states of the occupied and empty 4f- states. Resonant inelastic x-ray scattering provides additional insights into the excited states of the 4f system and into other many-body effects related to these strongly correlated electrons. Calculations of the electronic structure are undertaken using the LSDA+U approach (local spin-density approximation complemented with orbital dependent Coulomb and exchange interactions) and implemented in the full-potential linear muffin-tin orbital method by Professor Walter Lambrecht from Case Western Reserve University. Calculations of the spectroscopic quantities are being developed to extract the maximum information from the experiments. The theoretical analysis of the spectra will identify the need for theoretical developments beyond the mean-field approximation embodied by current LSDA+U, such as integrating atomic multiplet splitting theory with band structure approaches and dynamic mean field theory. Furthermore, calculations of optical conductivity from interband transitions are carried out and correlated with measurements of the same quantity from the infrared to the near UV to be carried out by the NZ group. The calculations also tie the electronic structure to magnetic properties by calculation of the magnetic exchange parameters.