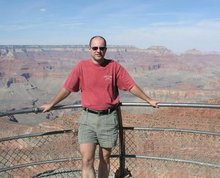 My research specializes in computational research on interacting quantum many-body systems, in particular quantum spin systems. This contains has two interrelated themes; (i) developing algorithms for simulations of complex model systems and (ii) using those methods to study collective phenomena such as quantum phase transitions.

Monte Carlo methods are powerful computational tools for studies of equilibrium properties of classical many-particle systems. Using a stochastic process for generating random configurations of the system degrees of freedom, such methods simulate thermal fluctuations, so that expectation values of physical observables of interest are directly obtained by averaging “measurements” on the configurations. In quantum mechanical systems (e.g., electrons in a metal or superconductor, localized electronic spins (magnetic moments) of a certain insulators, or atoms in a magnetic or optical trap), quantum fluctuations have to be taken into account as well, especially at low temperatures, and these pose a much greater challenge than thermal fluctuations alone. Several different quantum Monte Carlo techniques have been devised during the past three decades, but many challenges remain in developing efficient algorithms for reaching large system sizes and low temperatures, and extending the applicability to models that are currently intractable. Prof. Sandvik is the principal developer of a scheme known as Stochastic Series Expansion, which during the last few years has emerged as the quantum Monte Carlo method of choice for studies of several classes of spin and boson systems. Recently, the group has initiated a research program to develop algorithms for studying ground states of quantum spin systems in the so-called valence bond (singlet pair) basis. This approach shows great promise for studies of quantum phase transitions and may also be applicable to fermion and boson models.