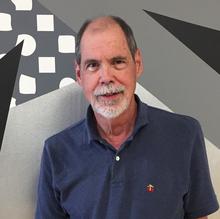 Much of my research career has been centered on properties of subatomic particles, their interactions and the fundamental symmetries which govern these interactions. From 1989 until its completion in 2004 I served as Co-Spokesman for the muon (g-2) experiment at Brookhaven National Laboratory (E821). We measured the anomalous magnetic moment of the muon to a relative precision of 0.54 ppm (parts per million). At present there is a 3.4 standard-deviation difference between the experimental value and the standard-model value, which could be an indication of new physics such as supersymmetry. I co-founded a new experiment at Fermilab E989, and served as Co-Spokesperson from 2011 until September 2017. E989 will increase the precision to 0.14 ppm in order to definitively determine whether there is such a discrepancy. The superconducting storage ring was moved from Brookhaven to Fermilab and is now installed in a new building and fully operational. Two data sets have been collected and are being analyzed. The third data collection period began in November 2019. I am also a member of the Mu2e Collaboration that Professor Miller is leading. For more information, please go to my research website.