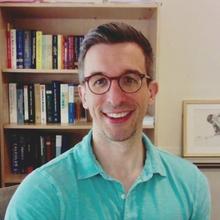 Neutrino masses and mixing have provided direct evidence of physics beyond the Standard Model of Elementary Particles. Neutrinos experience a very different mixing compared to the quarks, and recently, hints of underlying symmetries in the neutrino mixing matrix have been exposed. Both the absolute neutrino mass scale and the ordering of neutrino masses remains unknown, and the evidence of non-zero mass prompts the question of whether neutrinos are their own antiparticles (Majorana fermions) or distinct from their antiparticles (Dirac fermions). Along with questions of their intrinsic properties, the weakly interacting nature of neutrinos means they can provide unique insight into the fusion cycles of the Sun and the complex mechanisms behind the core-collapse explosions of galactic supernovae.

“A compact ultra-clean system for deploying radioactive sources inside the KamLAND detector.” T. I. Banks, et al. (The KamLAND Collaboration), Nuclear Instruments and Methods in Physics Research A , 769 (2015), 88-96.