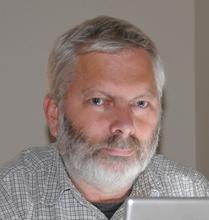 My primary focus is the ATLAS experiment -- a large high energy particle physics detector system developed by a collaboration of physicists from around the world to study very-high-energy proton-proton interactions at the LHC at CERN. This experiment will probe the origins of electroweak symmetry breaking and the particles associated with that new physics (such as the Higgs Boson, discovered at the LHC in 2012) that must appear at energies at the symmetry breaking scale. Since that discovery, the emphasis of research at the LHC has been on discovering new physics beyond the Standard Model. The Boston University group has been working on the precision muon measurement system since the beginning of ATLAS. The group’s research continues to exploit that muon system, looking for new particle states that decay to high transverse momentum muons that are predicted in various “beyond the Standard Model” theories. I am mainly involved in developing the computing infrastructure, both hardware and software, needed to process the large (100 Petabytes) data sets accumulated by the ATLAS experiment. For the last two years, I have also been a program director at the National Science Foundation